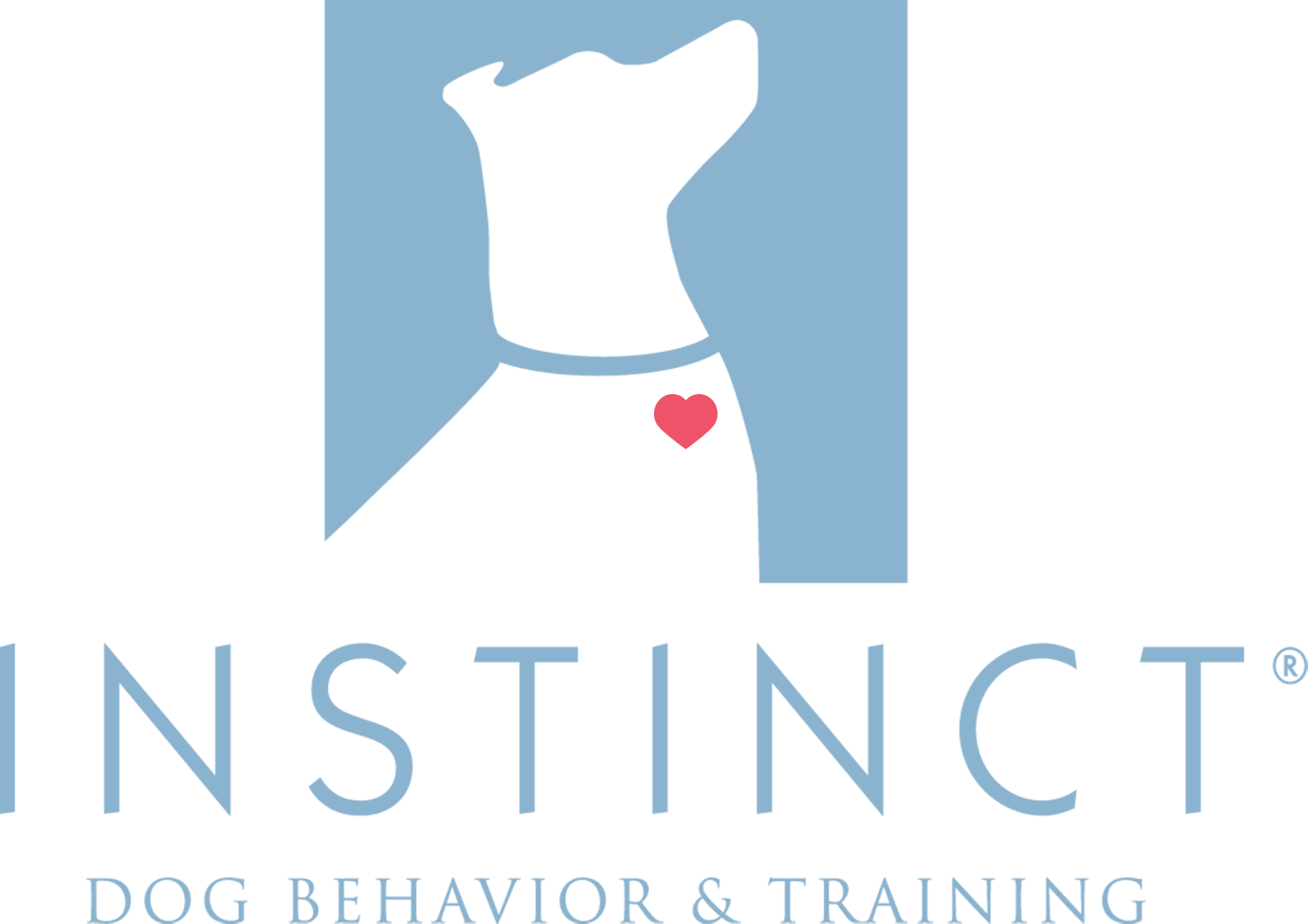 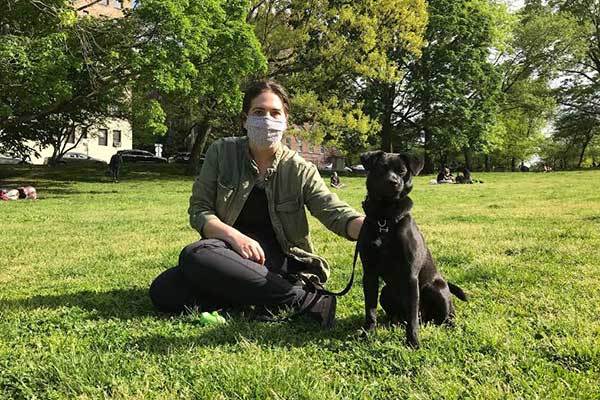 “In January 2020, when I adopted a 4-month-old puppy named Sofrito, I knew she was a little shy, but I had no idea her fear and anxiety would be, at times, debilitating for her and put a huge strain on my life. She was terrified of loud noises, getting in a car, new or strange objects, and pretty much every aspect of everyday life in the city. She also had a hard time calming down, being touched, and wouldn’t show much affection for me let alone anyone else. After our first month together, it was clear that Sofrito didn’t have a good quality of life, and I knew I needed help if there was any way I would be able to build a relationship with, train, or even keep this adorable but very scared dog.” -Natasha (Sofrito’s human)

Sofrito was 5 months old when Jessica Schulte (Instinct East Harlem) met her and mom Natasha for an initial assessment. Originally adopted from a rescue in Puerto Rico at 4 months old, Sofrito was having a very hard time settling into life in an urban environment. Noises such as bus breaks, fireworks, motorcycles and revving engines terrified her outside and she had a hard time settling in her apartment if she heard noises from the street.

Leash walking was also very hard for Sofrito, she panicked on the leash and refused to walk away from her home. She had a small range of several steps in either direction from her doorway.

Sofrito struggled with meeting new people; she would back away and sometimes bark. She barked constantly at guests in the apartment, and while she could warm up somewhat to women, she remained suspicious of men.

To help Sofrito build a strong, positive relationship with her mom, Natasha, and to use that relationship to help grow Sofrito’s confidence in other areas of her life that were stressful – from navigating the city, to tolerating loud noises, to meeting new people.

Sofrito’s mom signed up for a package of In-Home Behavior Lessons that took place over the course of about 3 months. Sofrito’s mom also booked a consult with Dr. Emily Levine, DACVB, so they had veterinary behavior support throughout their program.

“It has now been a little more than a year of training and amazing support from Jessica at Instinct – and Sofrito has grown into a pretty awesome dog! She can walk along busy streets, take long car rides, pass garbage trucks like they aren’t even there, take treats from strangers, and check out new things with curiosity and confidence, not anxiety and panic.

She knows how to calm down (most of the time!), and she seeks out affection from me and a few of her favorite people. A year ago, she would shake and cry if we went to the park – and now she happily joins me on long hikes and even picnics with friends.

Are there still things she is scared of? Of course. But she and I both know how to deal with her fears better and what to do to help her through them.

Jessica showed me how to address the very intense emotions my dog was having, and how to train her to FEEL better not just act better. With training, a little help from some medication, and lots of patience Sofrito has turned into the genuinely sweet, curious, and intelligent canine companion I was hoping to find when I adopted her. She is visibly happier, and I am, too.” 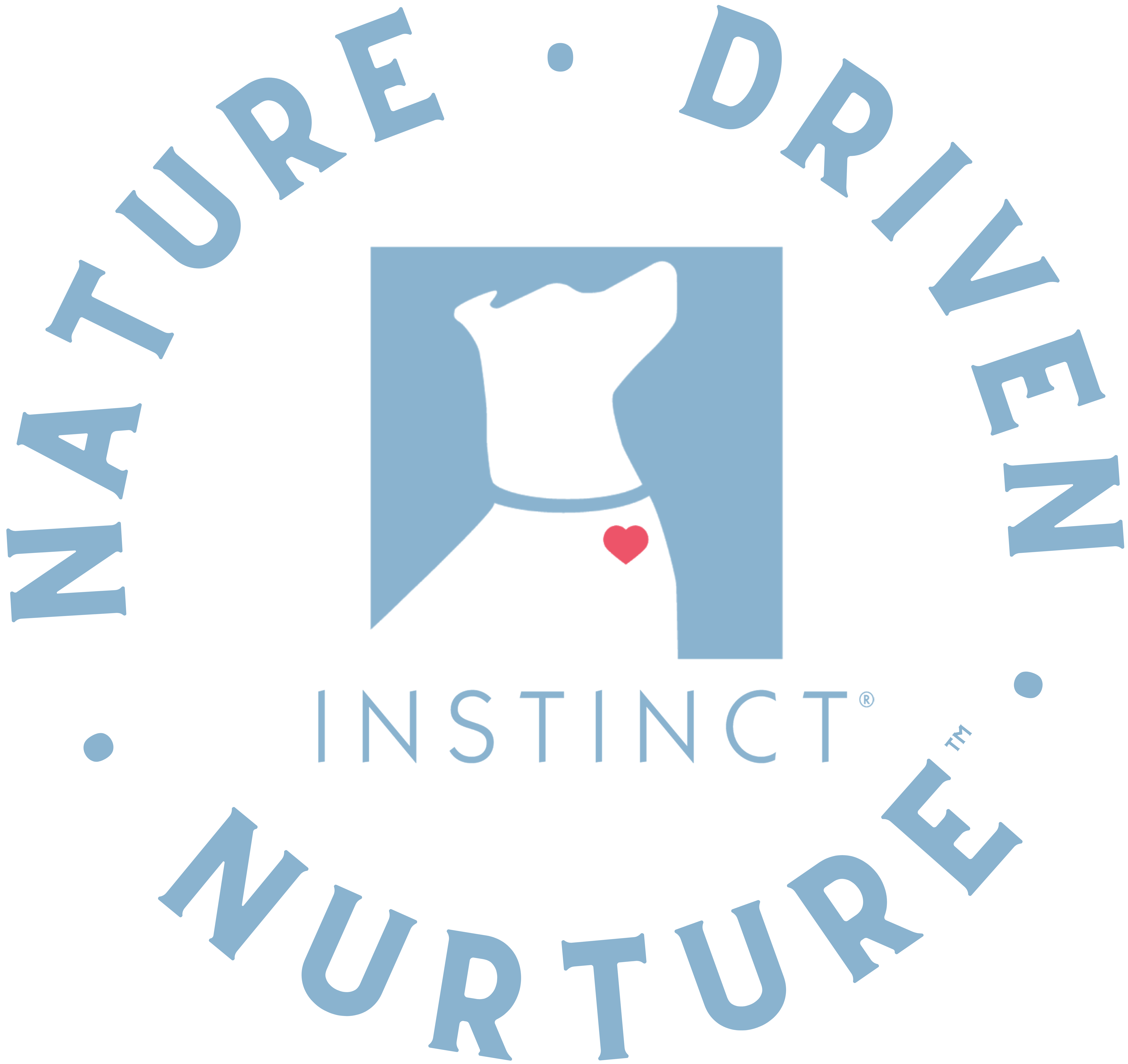